The Japanese duo group A comes back with a new album, such as the previous one (70 + a), while they keep their uniqueness, industrial music influences as well is 1970s-1980s minimalist electronic music spread through their compositions : tiny bits of Cabaret Voltaire, SPK or Tolerance references here and there.
This new album is also more instrumental than what they released before. [cdrk]

Lebanese singer project led by Khodor Ellaik (ex-Beirut Scum Society) together with Karim Shams and Dani Ghassan released four tracks that didn’t make it on his latest album Love. While electronic (rock ?) Love is still strongly influenced by Suicide, three of the tracks take another direction, quieter but still deeply rooted in the 1970s. [cdrk]

Kenyan artist Slikback comes back with a new LP that includes two of his previous digital releases (Lasakaneku and Tomo as you may have understood) and several more tracks.
Slikback presents a minimalist rhythmical music that contains heavy and deep bass drums, treated voice samples and electronics ; Slikback develops his own style but grabs some influences here and there from trap (on Kite) to hardcore techno (on Zuhura), some touch of gqom or heavily distorted beats and East African rhythmic structures are never far away.
If you are used to what the label SVBKVLT releases, this new LP might be of interest, this new album is less distorted and not as punchy as his collaboration with Chinese musician Hyph11E but nevertheless very interesting. [cdrk]

Thai guitarist iPlayAlone (Pengboon Don) improvises with guitar and field recordings or do the birds, frogs and insects improvise with him ? [cdrk]

AtheerSoot – Like we’re spinning in a glass Carousel (digital, self-released)

Syrian composer AtheerSoot presents two ambient tracks : Like we’re spinning in a glass Carousel where sad and slightly distorted melodies and drones let you dive into a state of trance until you suddenly wake up next to a river while Let the sea washes it all away brings you back to an eerie and melancholic place. [cdrk]

Asher.Zax – The Last Shall be First (cassette, digital, self-released)

Meira Asher and Eran Sachs (who is also a member of Hyperion Ensemble, Lietterschpich and more), well known politically active Israeli musicians present here an album that explores noise, industrial, experimental music with a touch of power electronics, together with Ben Riftin featured on several tracks.
The album includes L’abolition De La Croix (Antonin Artaud) and Resist my people, resist them, a text by Palestinian poet, photographer, and activist Dareen Tatour.
“Asher.Zax directed their machines at the occupation and the anniversaries of: 69 years of Israeli state occupation of Palestine, day 21 of the Palestinian prisoners’ hunger strike, the death of Bobby Sands who died on day 66 of his hunger strike in 1981.” [cdrk]

Yasuyuki Uesugi – I Have A Lot Of Insistence That No One Else Understands (digital, self-released)

Old school noise composed with (very) old and also new gears (such as some Japanese-built JMT synth and effect). The music is very repetitive and gives the impression to the listeners that they are visiting a factory, the sounds are not abrasive but mesmerising, sometimes close to harsh noise wall. [cdrk]

Filipino composer Gen Thalz presents four tracks whose sound source are electromagnetic noises of laptop and cellphone. The result is a drone, ambient, lowcase, onkyokei album, if I may summarise it so : extreme minimalism. [cdrk]

Music is now more than ever integrated into the global circulation of ideas, knowledge, people and commodities. Musicians everywhere have increasing access to digital resources that revolutionize music making and distribution. Internet and telecommunications intensify exchanges across existing cultural boundaries. At the same time, extreme regional disparities continue to exist in regards to the participation of minority communities, to political freedom, possibilities for mobility and travel, or when it comes to access to entry points into the dominant music markets. 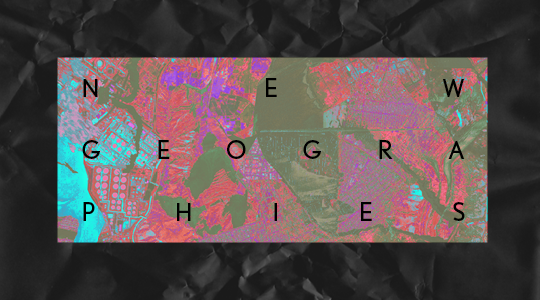 CTM will also publish a magazine and some talks and lectures will happen in various places in Berlin.

I´m happy to have been invited to write an article for the magazine and give a lecture during the festival too – more about this later this month ; meanwhile you can find plenty of informations, links, music, details and buy your tickets on the CTM website.